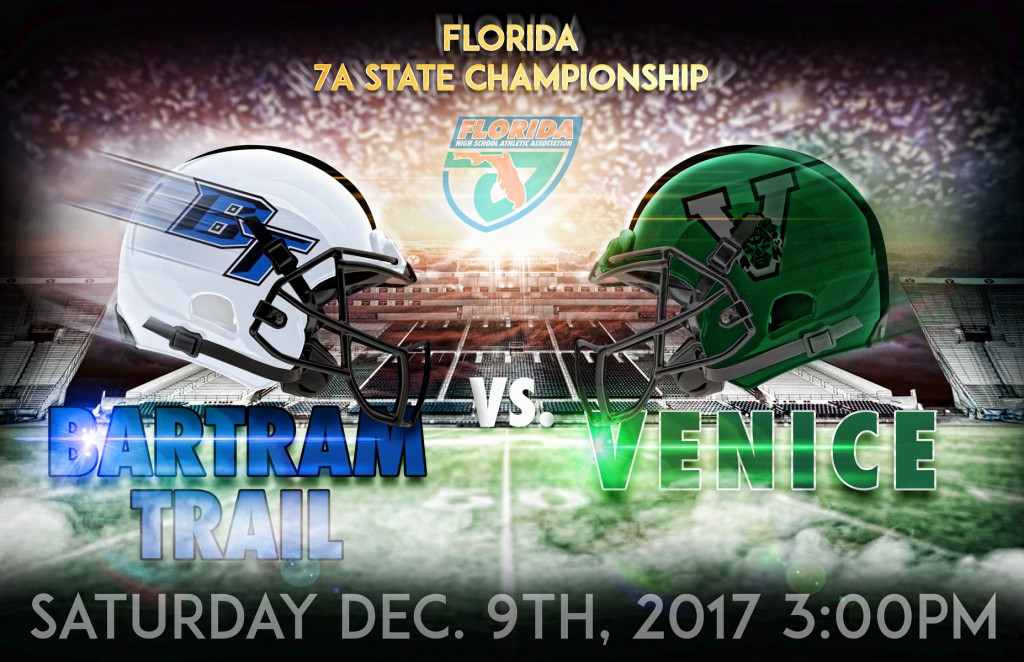 The Venice Indians are making their second appearance in a FHSAA State Championship Game. They won the 2000 Class 5A State Championship with a 77-14 thrashing of Palm Beach Gardens Dwyer and the 77 points that they scored are still a state finals record.

Venice comes into this game sporting a 13-1 record and they have outscored their four opponents by a 265-82 margin. They mashed St. Petersburg 49-13 in the first round, defeated Bradenton Braden River 41-32 in round two, dominated Tampa Bay Tech 48-17 in the regional final, and ousted state powerhouse Fort Lauderdale St Thomas Aquinas 27-20 in the state semifinals last week.

Offensively, Venice will be led by four year starter Bryce Carpenter who has amassed 10,000 yards of total and has been responsible for 133(83 passing 50 rushing) touchdowns during his tenure. This season, Carpenter has passed for 2,873 yards with 42 touchdowns and 10 interceptions. Carpenter also has rushed for 1,060 yards and 18 touchdowns. Senior wide receiver Jaivon Heiligh is Carpenter's go to guy, he has 123 catches for 2,000 yards and 32 touchdowns! Junior tight end Zach Fryer(15 catches 303 yards 5tds) gives Carpenter another target as well. Brandon Gregory is a junior running back who has 622 yards rushing with 8 scores and senior Court Doss contributed 567 rushing yards and 5 touchdowns.

St. Johns Bartram Trail Bears are making their first appearance in a FHSAA State Championship Game, the Bears have advanced to the state semifinals in 2007, 2011, and 2013.

Bartram Trail has a record of 11-3 and have outscored opponents 177-77 during the post season. They crushed Clermont East Ridge 56-14 in round one, trounced Tallahassee Lincoln 49-21 in round two, spanked Orange Park Fleming Island 38-13 in the regional final, and edged state powerhouse Tampa Plant 34-29 in the state semifinals last week.