<GamesoftheWeek:14>Week 14 Games of the Week Preview: Round 3 of 2021 Playoffs -- REGIONAL FINALS</GamesoftheWeek>

Young continues to cement his stranglehold as the nation's Top RB prospect for the class of 2023. The Junior back for the Lehigh Lightning got busy in Thursday's season opener, rushing for almost 300 yards and 3TDs at the start of his 2021 campaign leading his Lehigh team to a 28-22 win over North Fort Myers. 205 yards of his career-high 282 total rushing yards came in the first half. And that hurdle over the North Fort Myers player and then continue in stride is one of many many highlights to come.

James, son of recently enshrined Pro Football Hall of Fame and Immokalee legend Edgerrin James, skated to 267 yards in a stunning win over Defending 5A State Champion Plantation American Heritage. James broke free for some big touchdowns as his team put teams on notice after this signature win for Coach Irving Jones.

RELATED: Bruce, Hutchinson, and James Enshrined as Hall of Famers

Zion Turner shined on the national stage leading his Aquinas Raiders to a resounding 28-23 home season opening win over Baltimore St. Frances (MD) Academy on ESPN.
Zion used both his accurate passing and his legs to propel his team to victory. Zion threw two nice TDs, with his most notable play right before the play, using his legs and awareness, to scramble and hit a wide-open Jaylan Sanchez to give the raiders big momentum going into the half.

The son of Pro Football Hall of Famer is making a name all for himself... on the opposite side of the ball in which his dad Jason Taylor and his brother Isaiah Taylor starred. Mason Taylor caught some key passes during the game and was the hot hand for the Raiders, amassing 10 catches for 133 yards. Currently, a two-time state champion as a Raider, Taylor and team hope to extend their current state record 12 state championships further out of reach to 13 during this 2021 season.

The Oklahoma Commit had 9 receptions for 194 yards as his Patriots fell short in their season opener at The Battle of the Beach Saturday night in Naples.

Harlem came up big in the biggest play on the game, sealing an opening season win for his Deerfield Bucks by blocking a potentially game-winning TD for the Edison Raiders, and scooping and scoring in the waning seconds of a huge home win at Butler Stadium. Harlem also had a beautiful one-handed interception.

The Senior DB had 10 Tackles, 6TFL, FIVE SACKS, 1 Forced Fumble, and a SAFETY leading his Rattlers to a 26-0 donut win over Umatilla.

Tolliver shined in new head coach debut as head of Columbia with 3 Touchdowns in a smashing win over. Tolliver had 2 Punt Return Touchdowns and a receiving TD... (And another TD that got called back). Expect the offers to start pouring in after Tolliver shined in the debut game of his junior campaign.

The All-Purpose Athlete from Columbia shined in his debut as a senior for the Tigers. Peterson was called to play many positions last year, where he starred at QB, WR, and other positions as needed. Now, the Cincinnati commit is focusing on his craft as a wideout, catching 5 catches for 125 yards, and 2 TDs... including a one-handed snag that is making waves across social media.

Vero Beach came up short in a 42-41 overtime nailbiter at their home Citrus Bowl on Friday night against Brevard powerhouse Cocoa. Floyd did shine light for his Fighting Indians catching 9 passes for 156 yards, 3 going to the House. He caught his third touchdown to put his team up 41-34 in OT, but Cocoa scored in their subsequent possession and converted for two on the win.

Freeman scored the triple cross of football, scoring on offense, defense, and special teams. Freeman caught a 30yd TD on offense, had a pick-6 on defense, and also took back a punt return 70 yards to the house, as his Hornets put the sting on Brookwood with a "Sixty Piece... Plus Fries" 64-13 victory. 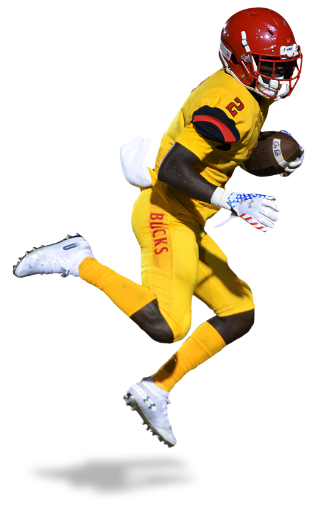