(GAINESVILLE) -- The Florida High School Athletic Association Board of Directors APPROVED the proposed Metro/Suburban Classification plan by a vote of 9-7 Monday afternoon as anxious high school football programs awaited the result that could potentially tilt the landscape of how Florida's future State Championship teams will be classified and crowned.

According to the proposed (now approved) plan, Football Classifications will be based on 10-year census data. Florida's 67 counties will be split between Metro and Suburban, with Metro class designations on teams in Florida's 8 most densely populated counties based on the aggregated census data.

Florida's new Metro Classification will consist of teams in Florida's 8 most densely populated counties. These teams will be classified in Classes 4A-1A based on high school population.

[EDITOR'S NOTE: Yes, You see it right, South Florida, consisting of teams in Miami-Dade, Broward, and Palm Beach counties, are All METRO]

Florida's new Suburban Classification will consist of teams in the remaining 59 counties, not designated as Metro. These teams will be classified in Classes 4A-1A based on high school population.

As far as scheduling, METRO teams will be able to play SUBURBAN teams. In both Metro and Suburban designations, classified teams must play their district schedule to advance to the playoffs. As in past years, the district champ will advance, with 4 at-large teams from each of the 4 regions based on ranking.

Once the official classifications have been released by the FHSAA, we will also designate and update all our team hubs statewide to show their new proper designation and classification for the upcoming 2022 season.


SOUTH FLORIDA RAMIFICATIONS
We hinted at it earlier, but let's discuss how this may affect the state championship landscape, from a South Florida perspective. South Florida has been dominant in recent years achieving much success as perennial crowned champs coming from teams in the Tri-County area. 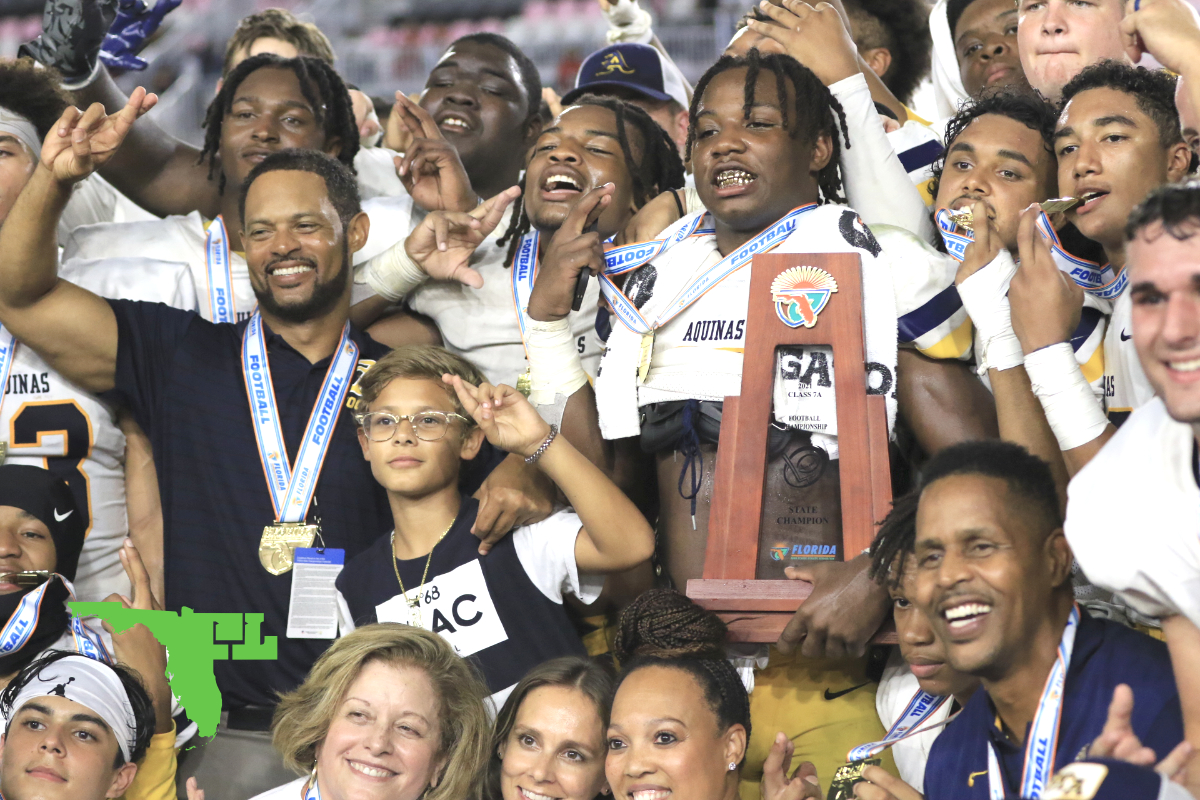 Now with South Florida, consisting of teams in Miami-Dade, Broward, and Palm Beach counties, are ALL Metro, they can only win at most 4 METRO TITLES... and that's it.


REIGNING STATE CHAMPS VENICE WILL BE IN SUBURBAN
Venice Fighting Indians will be classified as Suburban, because they are in Sarasota County, not one of Florida's 8 most densely populated counties. Still expect powerhouses like VENICE to play teams in Metro designations to properly get them battle-tested for the playoffs and a quest to repeat as State Champs.


OBSTACLES REMOVED FOR SOME TEAMS

With the separation of teams into Metro and Suburban classifications, some Suburban teams may be able to advance more easily through the playoffs without having to play one of the now classified Metro teams or powerhouses. One team that comes to mind is Daytona Beach Mainland, which during the times of the notably the best district in past times Miami's District 6A-16, would have their playoff dreams doused by one of the Miami powerhouses (Miami Central, Miami Northwestern, Miami Carol City) that were in the district at the time. Now, the Volusia County powerhouse Buccaneers, in their second year under famed state champion alumni and current Head Coach Travis Roland, may be able to navigate the gauntlet a little better, being in one of the more populous counties in the 59 counties in the new Suburban classifications.

Imagine, gone are the days in which we would be bound to see a possible Cocoa vs. Miami Booker T. Washington state final matchup or a Cocoa vs. Bolles state final matchup, a Cocoa vs. Jacksonville Raines battle, a storied Cocoa vs. Belle Glades Glade Central fight, or like this past Class 4A State Final where Cocoa came up short by two versus powerhouse Fort Lauderdale Cardinal Gibbons. Cocoa, the statewide powerhouse with 4 state titles from Brevard County, will be designated as a Suburban team, and will not have to play any of the aforementioned previous state opponents, as they all will be classified as Metro. Cocoa may (or may not) have an easier path to the promised land.

Ultimately, to some teams' delight, and to other teams' dismay at their placement in the new system, the 2022 football season should be quite the experiment. A bold, radical plan has now been approved, changing Florida's landscape on the future crowning of state champs in the best football state in the country for at minimum the upcoming 2022 season. In the coming months, our state shall see how this system will unfold when classifications have been made official and schedules will be strategically formed by our high school programs teams to offer them the best opportunity to advance to the state finals. Expect to see major battles in the Metro Division with major powerhouses finding themselves in nail-biting games in the earlier stages of the playoffs. In the end, there will be the argument of ultimately who are really the best teams in the states, with some Metro teams that did not win a title or even advance to the title game ultimately being better teams than the upcoming 2022 state champs in the Suburban classifications.

More on this story to come...